Another busy week gardening and fantastic weather too. Started planting out some Brassicas into the beds at home. Lots of seedlings coming through the sowing, potting on and hardening off process. Having to really monitor the ducks as the plants are quite delicate and ducks tend to follow where soil is being distrubed. 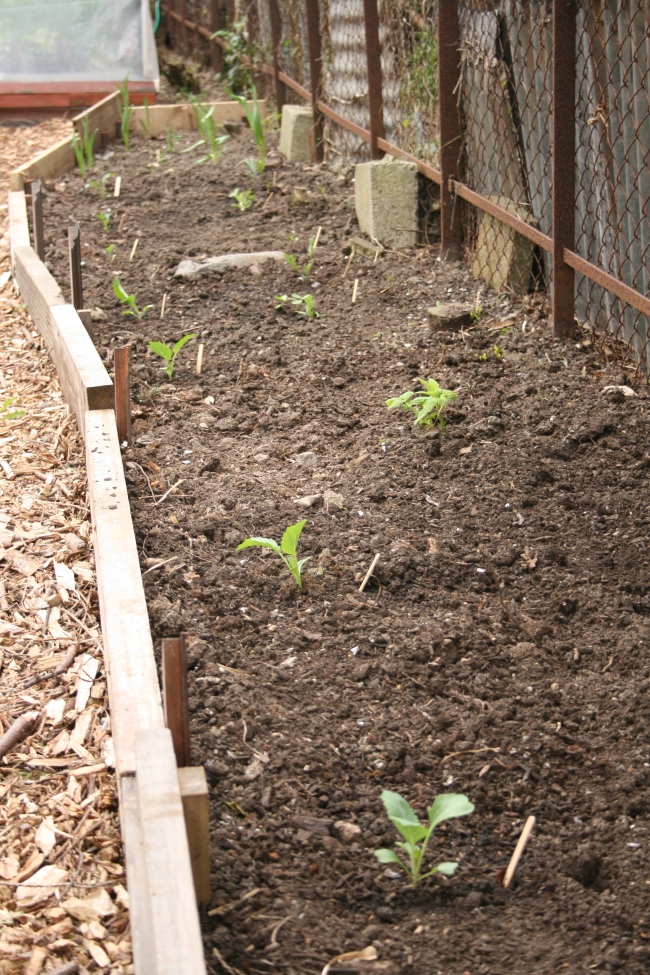 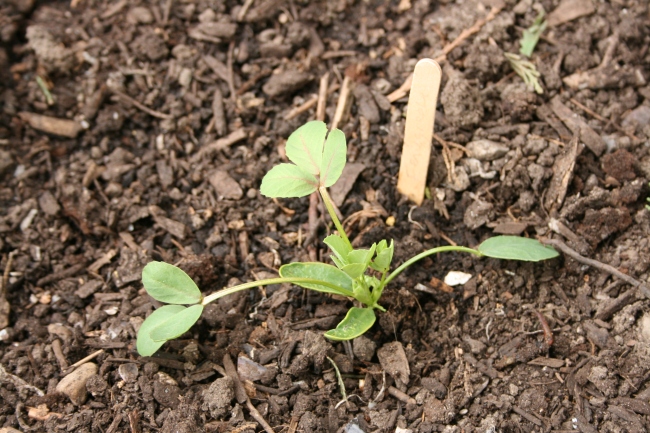 In the tunnel the rocket and Mizuna have flowered

Nettles are a superfood and a few patches in the garden can be considered as both good for biodiversity and as a crop. In Martin Crawfords book “How to grow perenial vegetables” there are some fascinating bar charts on pages 16 and 17 showing that nettles  and other perenials like dandelion have vastly more proteins than any we grow as vegetables up to 6 grams of protein per 100 grams consumed. No wonder mark boyle looked so well on the cover of the moneyless man! Nettles also score tops on calcium much more than any other vegetable, up to a 1200 mg per 100 grams and do better than average on Vitamin C and A . It really makes one think about all the effort, time and energy it takes to grow vegetables and the fact that we would be better off nutritionally eating what we are removing. There is a need for education regarding the usefullness of nettles especially for those who would like to collect them given the chemical controls employed. The other day I saw someone spraying around trees on the road edge creating that patch of death at the base of ornamental cherry trees that line the street nearby. I know its the norm but Arrrrrhhh.. stay calm. Plant an apple tree.

In the garden being selective with wildflower removal and leaving patches of cleavers, chickweed, plantains, some dandelions, etc as a nearby forage resource. 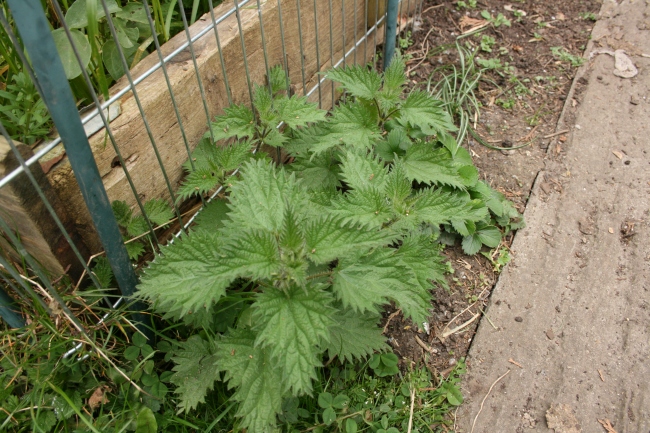 Even the dreaded Japanese knootweed Fallopia japonica see image below can be eaten as one method in its control.  See http://www.eattheweeds.com/japanese-knotweed-dreadable-edible/. This amazing plant is not something you want in your garden. There were ants that seemed to be removing bits of leaf. Go ants ! Its a difficult one to know how to approach as it’s by a 12 foot boundary wall and near a polytunnel. A 23 foot exclusion zone is not possible and digging out to several metres, sieving and introducing physical barrier seems unlikely without financial assistance. Probably the best strategy at slowing its pace a bit is heavy mulching with a tarp or carpet but by golly one has to be careful as it can regrow from tiny fragments that might lodge in boots and wellies. 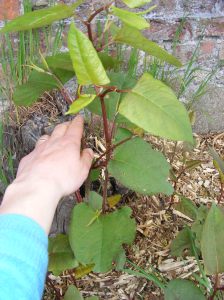 The Law – Republic of Ireland

At present there are no specific legislative provisions that directly govern Japanese Knotweed control or removal in the Republic of Ireland. However the Wildlife (Amendment) Act 2000 states that…. ‘anyone who plants or otherwise causes to grow in the wild – in any place in the State any species of (exotic) flora, or the flowers, roots, seeds or spores of (exotic) flora shall be guilty of an offence.’

Lolla rossa in the tunnel

Pods are now forming on the peas. 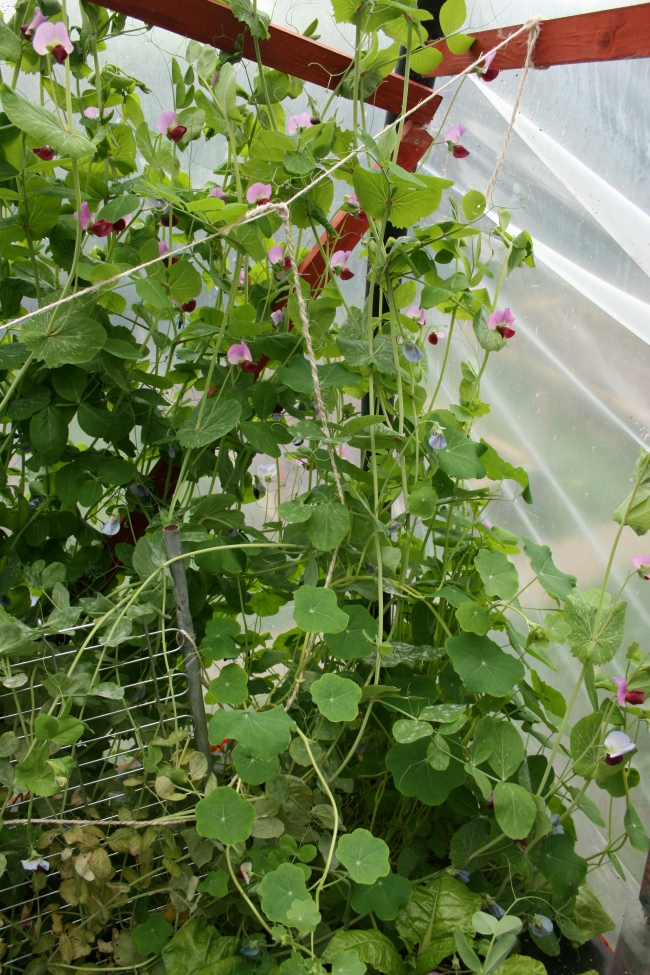 Evidence of foxes watching and waiting. 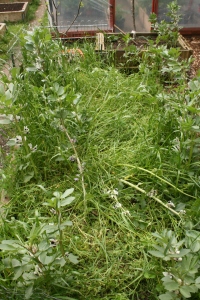 Unfortunately on Monday last the drake was killed and found in a bad way in the hedge.I had let them out early while feed and stepped inside for a moment. About this time last year the same thing happened.

Its been so dry recently that I have been forced to used some mains water.

Took delivery of enrich yesterday  (23 cubes) so have started top dressing all the beds with about 1 to 2 inches of compost. Will start the hardening off process with some of the brassicas next week for planting out by the weeks end.

Planting out the potatoes, this years varieties include Maris piper, Epicure, Sarpo Mira, Records and Roosters.